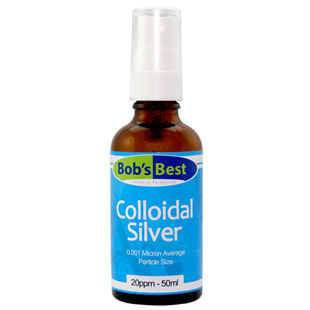 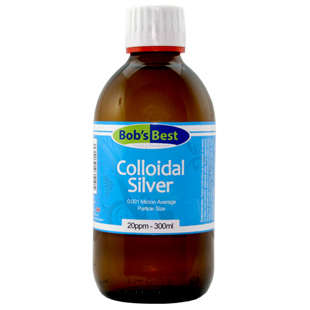 More Details
Colloidal Silver - Large
This larger bottle of Bob's Best superior colloidal silver will help you cope with the many immune challenges just waiting to knock you off your feet.
£17.40
-
+
Add to Basket

Silver has a long history of medical use, dating back to the time of Hippocrates himself (460-370BC). Hippocrates is considered the father of modern medicine and his writings discussed the use of silver in the treatment of wounds.

But why would I want to put metal on a wound?

Well, silver, like many other metals, is oligodynamic. This means it is toxic for bacteria, algae and fungi. Silver is used instead of the other oligodynamic metals as it is relatively safe for humans.

The use of silver fell out of favour in the 20th century when modern antibiotics arrived on the scene. However it has been enjoying something of a resurgence of late, possibly due to concerns about the overuse of antibiotics and their diminishing effect.

So what is Colloidal Silver?

What can Colloidal Silver be used for?

Colloidal silver may be used to treat infections due to yeast, bacteria, parasites and viruses.

Can be used internally or externally. Click on a product for usage details.