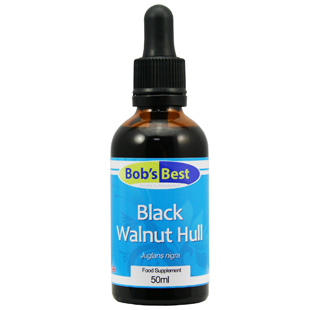 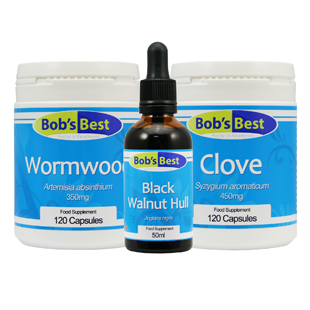 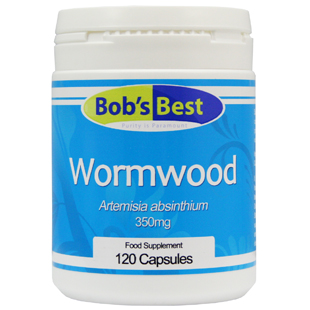 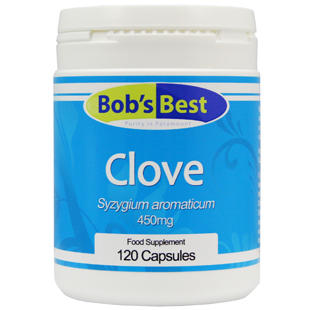 Scientifically speaking, parasites are organisms that live on or in an organism of another species, known as the host, from the body of which it obtains nourishment.

Certain herbs are effective at clearing these pests, specifically Endoparasites which are also known as Helminths, or more commonly, parasitic or intestinal worms.

These creatures exist off their living hosts, receiving food and protection while at the same time disturbing their host's natural absorption of nutrients. This can lead to a variety of digestive and other problems, including weakness and disease.

Modern pharmaceuticals are effective at eliminating these unwanted intruders, but at the expense of some unpleasant side effects such as headaches, nausea, abdominal pain, diarrhoea and dizziness. The natural herbs Wormwood, Black Walnut Hull and Clove are commonly used by those who wish to avoid artificially-produced secondary effects.

So what is Wormwood exactly?

Wormwood, also known as Green Ginger or Absinthium, is a herb which is cultivated around the world and used for various purposes relating to digestion and other internal bodily functions. Other useful properties of the shrub however, are its anti-parasitic properties which are widely used to fight against a number of invaders. It works by increasing levels of both acidity in the stomach and the production of bile.

It is also full of compounds, Artemisinin in particular, which are resistant to harmful, intrusive organisms. These inherent properties produce an environment which is hostile to parasites and actively discourage their ability to thrive.

Black walnut hulls have a long history of use and are also known for it's potent laxative properties, as well as being a rich source of Vitamin C . Native Americans first used black walnut hulls as a laxative and as a treatment for eliminating parasites in the intestine. This use, is how it is most commonly implemented today. As a laxative, it expels parasites as part of its cleansing of the body and it also has a high tannin content which is believed to oxygenate the blood and kill parasites.

One of the main active components of black walnut hull is juglone, this works by inhibiting certain enzymes needed for metabolic function. It is highly toxic to many insect herbivores and studies have demonstrated that it can expel parasitic worms from the body. Black walnut is reported to be especially effective against pinworm, ringworm, tapeworm and other intestinal parasites.

Finally, what about Cloves?

The essential properties of cloves can be used to dissolve eggs that have been left behind by worms, commonly found in the intestines. Clove is believed to be the only herb that actually destroys almost all parasitic eggs. When used in conjunction with black walnut and wormwood, the trio of herbs break the parasite's life-cycles.